How to Avoid the Latest Airbnb Scam

A friend of mine showed up last night at a place we sometimes meet. He lookedÂ like Red Sox pitcher Chris Sale after lobbing a game-ending home run to Aaron Judge of the Yankees. He was supposed to have been on a plane to Italy. I asked him what happened.

âWe were all set to head out,â he said. âFirst leg: Rome. But I just canceled our tickets, like, a second ago.â

It was supposed to be the perfect trip. He and his wife have a 2-year-old, so they were looking for a destination vacation that would let them hang out in one place. The patch of paradise they rented was not an easy journey: two flights, a long car ride, a ferry and another long car ride.

That said, it seemed worth it. The fairy tale villa was on an island off the coast with views of the Mediterranean, a swimming pool and more than enough room for three families. The fee was steep, but not terrible since it was being shared by three renters: 6,000 euros a week.

âWe were bummed that we had to be a day late to the place, but it turned out to be a godsend, because when our friends got there yesterday, the owners were there,” my friend said. “They werenât renting the place. It was the third time that month theyâd had people show up who had rented their house on Airbnb.â

The only inaccuracy in his statement is this: They didnât rent the house via Airbnb. They thought they did.

A similar thing happened to a woman who arrived in New York from Barbados to buy her wedding dress. Malissa Blackman rented two apartments in the heart of the city to accommodate her mom, two sisters and two bridesmaids. When they arrived at 400 Fifth Avenue, the doorman gave the bad news. Theyâd been suckered, and they werenât the first victims to come looking for nonexistent rental apartments in the building. At least two other groups had succumbed to the same nefarious plot, paying as much as $400 a night for the fictional flats.

Out $2,000, Blackman was forced to pay for two hotel rooms at an additional cost of $2,600. The next day, she found her perfect dress made by her favorite designer, but after the swindle, the $2,500 price tag was just too much for her. She had to get a cheaper dress and was heartbroken.

What Makes These Scams Possible?

Youâre not alone in thinking that Airbnb should have shut down these scams the first time they happened to a customer using their site. But they havenât because the scams didnât occur on their site.

Blackman had responded to a property on âairbnb.comâ and started to discuss terms with the âownerâ of the listing on the siteâs proprietary and secure app. She was offered another option during that chat and was asked if it would be possible to email the link. She allowed it, and that was how the scam went down.

Airbnb is clear about the danger of going off its site or app to conduct business. They send a warning email if a member of Airbnb asks to communicate via email. The problem here is that these warnings can be missed in the flurry of email that is triggered when you do business online. Compounding that problem, warnings are so common these days we may ignore them so long as we feel weâre in familiar territory â for instance, while looking at a what appears to be a legit listing on the site warning us.

In Blackmanâs case, the scammer sent her a link that took her to a clone site, a perfect copy of Airbnb with one key difference: The URL was airbnb.com-listining-online31215.info. At first blush, this might seem like a hard thing to detect, and maybe you are right there with Blackman, feeling perplexed. There is a tell though, and one you wonât miss going forward if you want to play it safe on the internet. The URL in question goes to a dotinfo address, not a dotcom.

Airbnb phishing tales abound, but these ploys are avoidable if you know what to look for. (Here are three dumb things you can do with your email.) If you are asked to wire money or pay in a way that doesnât use Airbnb, stop communicating with the renter.Â Itâs a dead giveaway a scam is afoot. Whether you are lured off the site by an Airbnb user or you receive an email with a link to the site, always look at the URL carefully. The differences can be subtle. Better yet, take Airbnbâs advice and stay on its site or app.

If you believe youâve been the victim of a scam, donât shrug it off. You can check for signs of mischief by viewing two of your credit scores for free on Credit.com.

The post How to Avoid the Latest Airbnb Scam appeared first on Credit.com.

How Much Does It Cost to Refinance? 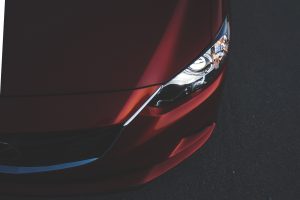